It is hard to believe that it’s been 40 years since I had the privilege of serving as President of the Academy of Florida Trial Lawyers, now known as the Florida Justice Association (FJA).

I first learned about the Academy from my mentors, Bill Colson and Bill Hicks, who hired me as their first associate for their new firm, Colson & Hicks. Both Bills had been partners in the acclaimed Plaintiff’s trial firm Nichols, Gaither, Beckham, Colson, Spence & Hicks which dissolved in March 1967. When Chuck Baumberger and I decided to start out own firm in 1974, we also committed to getting actively involved with the Academy.

A lot has happened since I was a young lawyer carrying Bill Colson’s briefcase and having the opportunity to witness greatness in a Dade County courtroom watching the trial of Holl v. Talcott.

Ellen Morgan Holl had sustained catastrophic brain damage as a result of medical negligence in a Miami-Dade County hospital. Despite an expert’s affidavit establishing negligence, the trial judge granted a summary judgment in favor of the defendant hospital and doctors. The case eventually went to the Florida Supreme Court who reversed the trial judge and entered a landmark opinion regarding summary judgments. The appeal was briefed and argued by a great appellate lawyer, Bobby Orseck, for whom the FJA building in Tallahassee is named.

The case went to trial with Bill Colson and his former Nichols Gaither partner, the late J.B. Spence, representing the plaintiffs and some of the very best defense attorneys in Miami representing the defendants. The jury eventually found for the plaintiff and rendered a verdict of $1,500,000. It was the first seven-figure verdict in the State of Florida and it changed the personal injury/medical negligence practice in Florida forever.

Over the years there have been tremendous changes in the law. When I was a brand new lawyer contributory negligence of the plaintiff was a bar to recovery, but in the early 1970s in the case of Hoffman v. Jones, handled by former FJA President, Sammy Cacciatore the Florida Supreme Court by judicial fiat replaced contributory negligence with pure form comparative fault. While doing away with contributory negligence as a bar helped many plaintiffs obtain a recovery from negligent tortfeasors, we didn’t realize that comparative fault would eventually lead to the abolition of joint and several liability and the allocation of fault to non-parties on the verdict.

At Colson & Hicks, I learned about the Academy and why it was important to win in Tallahassee as well as in the courthouse. During those early years there wasn’t as much partisanship with regard to our issues; i.e. there was bipartisan support both for and against us on our issues. Some of our strongest allies were conservatives and some were liberals.

Our toughest opponent was Senator Dempsey Barron of Panama City, a president of the Florida Senate who was originally a conservative Democrat until he switched and became a Republican. He was very powerful and was a leader of the North Florida “pork chop gang.” He was eventually defeated for re-election and life in Tallahassee became a little easier for a while.

Perhaps the area of the law that has changed the most over the years is medical malpractice. Always a difficult area because juries were and still are reluctant to find healthcare providers negligent; legislative changes designed to help the healthcare industry have made the practice even more challenging. Over the years, we have seen caps on damages, presuit requirements, and the like. We have survived constitutional amendment attacks. Many survivors of medical malpractice wrongful death victims do not have the same right to recovery as do other wrongful death survivors in non-medical malpractice cases. Nevertheless, we have withstood the onslaught, remained standing and still help many victims of medical negligence. That is because the trial bar in Florida is still one of the finest trial bars in the country. This was true when I started practicing and is true today. The FJA has played a major role in helping us to maintain those high standards. We were also blessed to have for many years an outstanding Florida Supreme Court that was dedicated to the protection of citizens rights to access to the courts and justice. The judicial legacy of retired Florida Supreme Court justices Barbara Pariente, Fred Lewis and Peggy Quince is exemplary.

Through it all the FJA has remained steadfast; well organized and highly respected by the leadership of both political parties, while continuing to fight for the rights of the clients we represent. I suspect they’ll be doing that for at least the next 40 years. 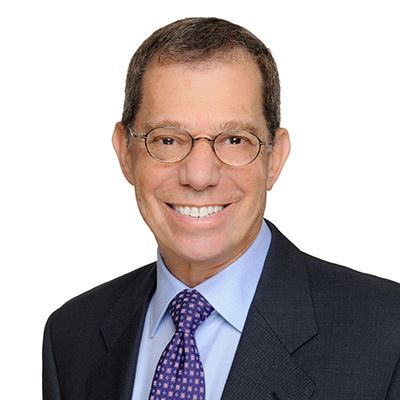